Apple stock has a big problem. You need to know this if you are considering buying the stock or if you have it in your portfolio.

So, here they are: Apple’s new products

On Wednesday, 7 September, Apple launched its new products with much fanfare again. But, as always, it disappoints. Why? On the one hand, because the commotion is too much, creating too high an expectation. But – on the other hand – Apple improves its products just a little bit every year. I think Apple has long been able to make an iPhone where the battery never runs out, which you can fold into a stamp and put in your inside pocket, just as Philips could make a light bulb that didn’t break 100 years ago.

Around the day Apple announced its new products, Apple’s share price did not move much. Looking back, this is always true for the past few years.

But, this year, the share price did move a bit. Namely, in January, you had to pay $180 for 1 Apple share, and at the time of writing, it was around $155. Is this crazy? No, not at all, because considering a lot of shares of comparable large companies, Apple is not doing so crazy this year. Especially if you live in the eurozone – and you probably do – you would have had a price gain on the dollar of about 12% compared to 1 January this year, so the picture looks even better.

Looking further at Apple’s share price over a more extended period, say from 2012, you see a very nice upward trend, which started at $15. Especially in the last two years, there were some more violent outbursts, which – not surprisingly – started at the beginning of the corona crisis.

Apple’s performance over the last ten years has also been good; higher sales and more profits!

But Apple’s money is running out very quickly

Many people will know that Apple is one of the world’s largest companies with a lot of cash on its balance sheet. For instance, at the end of 2019, they still held over $100 billion in cash. At the last report, at the end of June this year, that had shrunk to under $50 billion. What’s going on….?

Apple’s current CEO, Tim Cook, took over from Steve Jobs in 2011. Where Jobs had a big focus on products, Cook has primarily focused on business operations since his takeover. Within this, he has rolled out a “share buyback program” on a large scale. In this, companies buy up shares, boosting revenue and earnings per share. After all, there are fewer outstanding shares in the market. Apple is therefore running out of money buying back its shares. For instance, ten years ago, they had 16.7 billion shares outstanding in the market. Meanwhile, that number has dropped to “only” 10 billion shares. With the money they have available now, they can buy back about another 4% of that number.

Will the Apple fall far from the tree?

Apple shares have a big problem, notably that earnings per share over the past ten years have been highly affected by Apple buying up its shares on a massive scale. They won’t be able to do that for the next ten years because they are running out of money.

If the stock is not to fall in the next few years, they need to innovate their products much faster so that their final sales and thus their revenue and profits will rise sharply.

Be aware of this and include it in your considerations! 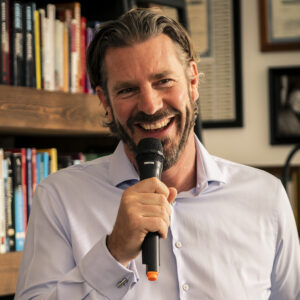 The information in this article should not be interpreted as individual investment advice. Although Hugo compiles and maintains these pages from reliable sources, Hugo cannot guarantee that the information is accurate, complete and up-to-date. Any information used from this article without prior verification or advice, is at your own risk. We advise that you only invest in products that fit your knowledge and experience and do not invest in financial instruments where you do not understand the risks.

This website uses cookies to improve your experience while you navigate through the website. Out of these, the cookies that are categorized as necessary are stored on your browser as they are essential for the working of basic functionalities of the website. We also use third-party cookies that help us analyze and understand how you use this website. These cookies will be stored in your browser only with your consent. You also have the option to opt-out of these cookies. But opting out of some of these cookies may affect your browsing experience.
Necessary Always Enabled
Necessary cookies are absolutely essential for the website to function properly. These cookies ensure basic functionalities and security features of the website, anonymously.
Functional
Functional cookies help to perform certain functionalities like sharing the content of the website on social media platforms, collect feedbacks, and other third-party features.
Performance
Performance cookies are used to understand and analyze the key performance indexes of the website which helps in delivering a better user experience for the visitors.
Analytics
Analytical cookies are used to understand how visitors interact with the website. These cookies help provide information on metrics the number of visitors, bounce rate, traffic source, etc.
Advertisement
Advertisement cookies are used to provide visitors with relevant ads and marketing campaigns. These cookies track visitors across websites and collect information to provide customized ads.
Others
Other uncategorized cookies are those that are being analyzed and have not been classified into a category as yet.
SAVE & ACCEPT